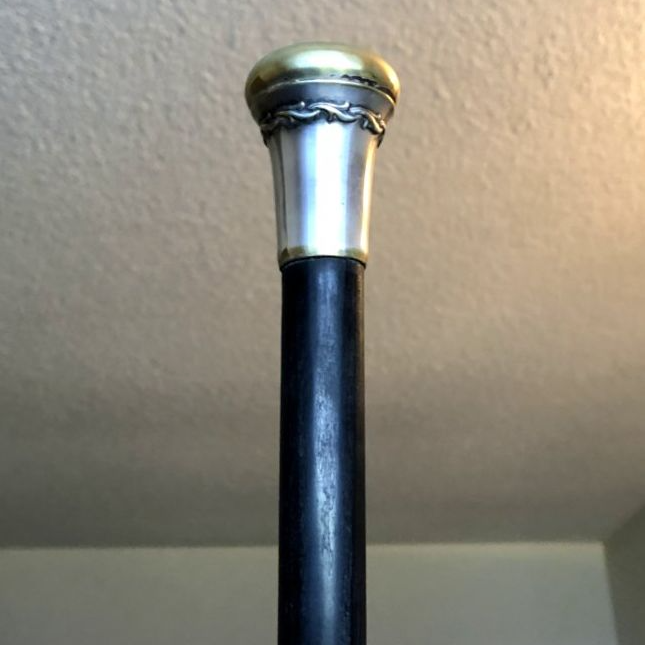 7 Questions About “The Man with the Silver Cane”

How old is ‘Silver Cane’?

He’s in his mid-30s. Given his age, lanky frame, and having one of those long narrow faces like Andy Sixx (Black Veil Brides), people would likely label him a ‘punk rocker’ type if they saw him on the street.

He doesn’t wear that kind of clothing though. Nope, he’s more your typical jeans and t-shirt kind of guy. It’s comfortable, nondescript…the kind of look nobody notices…

What is Silver Cane’s Background?

Silver Cane came from [CENSORED] originally. One of [CENSORED] children, he and his family lived a quiet, mostly-peaceful life in his early years.

He moved to Silicon Valley after high school. Why? Well, he eschewed college in favor of working in technology, seeing it as the better option for a good career. For him, it was. He spent several years building up a myriad of technical skills and good money.

During this time he also saw problems. Problems growing within society at every level. Problems affecting those he loved, those with whom he worked, and those who had no recourse.

Problems that, one day, taking stock, he decided to do something about.

(To remove the [CENSORED] blocks, head over to Amazon and pick up a copy of the book.)

Does Silver Cane Have a Girlfriend/Significant Other?

No. He has no romantic ties to anyone at the time the story takes place. Did he in the past? Probably.

What’s With the Cane?

Probably the most common question asked. Why does Silver Cane use, well, a cane?

He’s not disabled. In fact he’s quite athletic. He has no medical need for a cane. The choice came from other factors.

A partial explanation of his choice exists in the novel. It’s only partial though, and I’ll be honest…another factor was just me. I collect canes. I enjoy their dignity, their history, their uniqueness.

The cane you see on the cover is actually one I possess. It’s a 19th-century Prussian walking stick (a region of modern-day Germany). It’s so old the silver plating has begun wearing away.

I wanted Silver Cane to have a unique weapon. A distinctive element to help make him memorable. The cane serves such a purpose.

Where Did Silver Cane Get His Money?

A small point in the story – Silver Cane does indeed appear to have money. A fair amount of it. You might even consider him ‘wealthy.’ It’s natural to wonder where that came from.

This one’s easy. He sold a startup.

He co-founded a small company with two other individuals. Together they developed a software product, meant for tracking the internal communications activity of data centers.

They sold the product to a big enterprise firm – maybe a Microsoft or Rackspace – leaving him and his two co-founders multi-millionaires. That’s what you do in Silicon Valley, right?

He took a few contracts after the sale, developing complex code for other companies. This stopped after a certain book-referenced event took place – Intellectual Property theft, shall we say?

I opted not to include this in the book because it would have distorted the story’s timeline. Sharp readers may catch a hint or two though.

Will We See Silver Cane in Another Novel?

I have three ideas here.

Which do you prefer? Please comment with your choice.

Will You Publish any Inspector Locke Novels in Paperback?

This question doesn’t directly reference Silver Cane, but it’s relevant enough, and people DO ask me. I’ve considered it. I’d have no issue doing so, if enough people would want to buy a paperback.

If you’re one of them, I’d appreciate you letting me know so I can tally.