Hello there, all you naughty children. This is Krampus, the Dark Spirit of Winter, St. Nicholas’ vengeful counterpart. So, you want to ask me a few questions, is that it? Be prepared, for the truth…is cold. 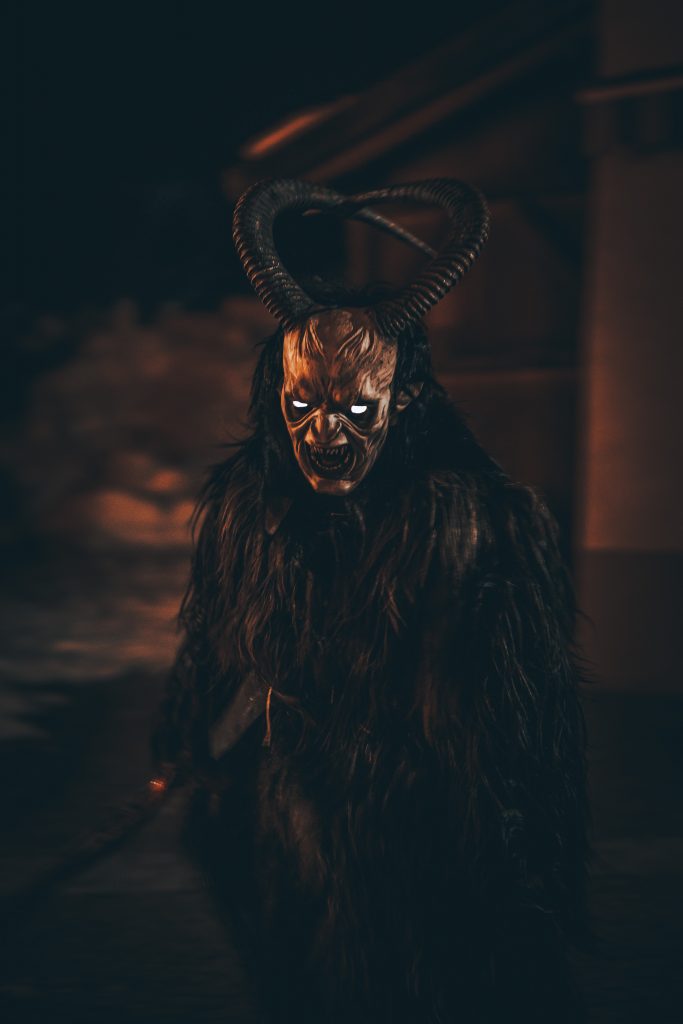 “Are you the devil?”

What, like Satan? No way. He can’t take the cold. We’re not even in the same mythological ballpark.

Some of your artist-types like to depict me as demon-like, but it’s just laziness. Think more ‘beast from the dark forest.’

The tongue thing though, that’s accurate.

“What’s your favorite kind of bad child to collect?”

Liars. The kids who love to lie, to others as much as themselves. Crushing those lies with my mere presence is…exquisite. (Not to mention it makes them tastier. Don’t ask me how, it just does.)

“What do you think about the movie we made about you? How accurate is it?”

It’s a pile of horse dung. Didn’t look like me at all. You think I want to wear Nick’s robe? The chafing alone…

“Have you heard of the ‘Krampuslauf / Krampus Runs’ going on in Eastern Europe?”

I sure have. Lots of fun. Sometimes I visit. You know how you have a blast when you go someplace nobody recognizes you…?

Funny story. See, I was hanging out in the Alps one day, taking a break, and I hear this angry mob approaching. They were chasing this guy in a red robe and hat, screaming at him, waving pitchforks, the works.

Let me tell you, he was running like a spooked rabbit from a wolf pack. If you ever think he needs eight reindeer to haul him around…! No, he’s almost as fast as me.

Anyway, I came out of my cave to take a look. A few of them passed out right there. The rest ran off at the mere sight of me. Except the guy in red. He dropped his sack, sucked in a bunch of air, and thanked me for the assist.

We had some tea, talked a bit, and he told me about this big plan he had. Seems he wanted to “nudge” the world into behaving better. Thing is, his reward scheme didn’t quite catch on. Jealousy, greed, whatever it was.

I told him he needed a stick to go with the carrot. Humans, they need incentives both ways. I remember his eyebrows went up really slow when I said that.

That was a few centuries back now. We’ve been doing this ever since, and I have to say, it’s worked out.

“How do you and St. Nicholas make it to every house in one night?”

The chains of Time may bind you mortals. They don’t bind us.

“What do you do during the rest of the year?”

—
Photo by Alessio Zaccaria on Unsplash.