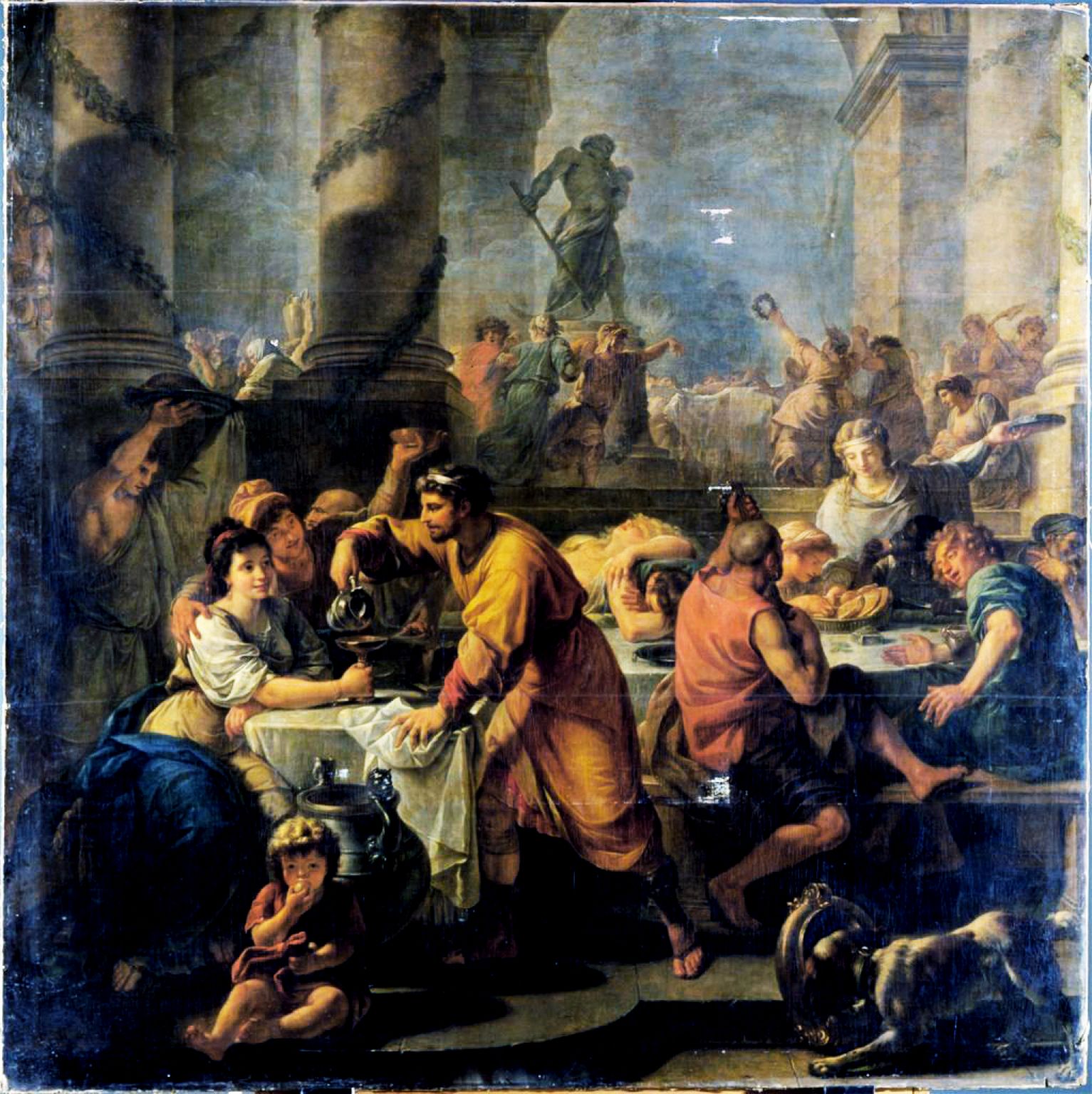 The Wrong Turns on the Way to Christmas

Few things are more hilarious than misinterpretation. And you know one thing we love to misinterpret? The holidays!

The joke about ‘Christmahanukwanzaakah’ is funny (and fun to say), but there’s a lot of truth to it. Many different traditions fed into what we celebrate today. Some traditions mutated, like a weird mental bacterium drifting from epoch to epoch. Others died away, crumpled under the march of history.

Each of the surviving traditions had at least one common element though. Celebrants did a kindness, for themselves and others.

After the year we’ve had, methinks we could all use a little kindness – even if historically misinterpreted!

So I thought I’d go through a few of those ancient traditions. Identifying what made those traditions good, and how they still benefit us today.

(Note: I think there’s about 300 different ways to celebrate this season. I knew about a bunch from my author research, but I found even more while prepping for this newsletter! However, since nobody subscribed to read an encyclopedia, I’ll trim the list down.)

If you want to know where Christmas came from, look at Yule. Aside from Saturnalia (below), no other ancient tradition spawned what we call Christmas today more than the old Northern celebrations of Yule.

Yule was a multi-day winter festival celebrated by Nordic & Germanic peoples, around late December/the time of the winter solstice. What activities it contained vary immensely, depending on region and time period, but they included:

So, we’ve got Santa, gifts, Yule logs, ham, caroling, too much alcohol…did I miss anything?

Tradition to Remember: Honor the year that passes. Even with trials and pain, it had joy, laughter, and fun as well. Whatever ritual you choose, use it to recall the good, to nourish the spirit for the coming year.

The Ancient Romans, among other things, knew how to party. Saturnalia was their big end-of-year festival.

It began as a celebration of the Roman god Saturn, around the time of the winter solstice. You would know him today as, “Father Time.” (Some later celebrations also reference “Sol Invictus,” the Unconquerable Sun, a solar deity meant to unify all gods into one.)

In either case, it was meant as a time to celebrate the year, the joys of life, and good company. And wow, did they party it up during Saturnalia. You think you pig out at Grandma’s? Nope, you have nothing on the Romans.

Saturnalia was known for several customs…some of which you might recognize:

Everybody laughed, joked, and made fun of one another. During Saturnalia they had no fear of repercussions, and no worries about tomorrow. All was in good fun.

Tradition to Remember: Eat, drink, and be merry. Any place is a good place to party. Enjoy this moment…for it will not come again.

Japan doesn’t have a ‘Christmas’ holiday per se. But they do celebrate around the winter solstice. What do they do? Soak in a hot tub filled with yuzu fruit. Ahh, Japan, never change your crazy ways.

Tradition to Remember: Take time to relax. It’s good for your health, on all levels.

Ancient Egypt held a celebration at this time of year too! It also occurred at the winter solstice, centuries before Rome even started work on the Coliseum.

Around the solstice, the Egyptians could harvest rich crops from the Nile banks. Fruits, palms, dates…delicious treats. So they celebrated with decorations, food, and honoring the gods Isis and Osiris.

In fact, legend goes that the goddess Isis resurrected her murdered husband Osiris on December 25. This could be where the importance of December 25 comes from.

Tradition to Remember: Celebrate Life. It is a wonderful gift, not always appreciated, and gone too soon.

Diwali is a religious holiday, spanning three separate religions across the Indian subcontinent: Hinduism, Sikhism, and Jainism. Aside from Christmas itself, it’s probably the most celebrated intra-religious holiday in the world today.

What does it celebrate? Like the others on this list, it celebrates the sun’s return (solstice) and new beginnings.

The term means, “Series of Lights,” and is often celebrated with big lamps & fireworks. Celebrants visit relatives, give gifts, have feasts…and eat way too much candy. Because that’s what you do.

Tradition to Remember: Enjoy a good treat, whether it’s some chocolate or visiting with a loved one.

Alpine legends for this day go back a long ways. It’s likely they came in part from Yule celebrations, as they focus on one big commonality – that of a robed figure going to homes, and giving gifts to well-behaved children.

In olden times, this was Odin, All-Father of the Norse pantheon. Over time however, other religious beliefs (including early Christianity) changed Odin to a more kindly, less-prone-to-drunken-rages character called Sinter Klaas. Eventually, Christianity merged this entity with St. Nicholas, giving rise to the holiday’s modern practice.

One major difference appears between this holiday and Christmas though – its timing. St. Nicholas’ Day is December 6 in the modern calendar. Why then? It has to do with St. Nicholas himself. In the 1200s, long after the real Saint Nicholas died, France began celebrating him on a ‘feast day’ (religious holiday). They chose December 6.

Notice I said ‘modern calendar’ there. That’s because other parts of the world – Ukraine, Russia, even as far as Lebanon – celebrate St. Nicholas Day on the old Julian (pre-Nicholas) calendar date. When was that? December 19, around the beginning of the winter solstice. The pattern holds.

The celebrations include leaving one’s shoes out for St. Nicholas to fill with sweets and/or money. Gifts appearing under pillows of good children. Whole neighborhoods gathering for feasts. Even baking sweet bread in the shapes of St. Nicholas, his horse, or a house. I never was a fan of gingerbread, but some people, wow, talk about borderline addiction…

Tradition to Remember: Be kind to others, and enjoy their company. Or Krampus will hit you with sticks.

(Hey, I had to work Krampus in somewhere.)

So there you have it.

May these holiday “wishes” bring you some joy as the year ends. I’ll be back in 2022 for more Wrongness!

Of course, now that I’ve shared the ‘wrong turns,’ you might look at the presents and the food with different eyes now…