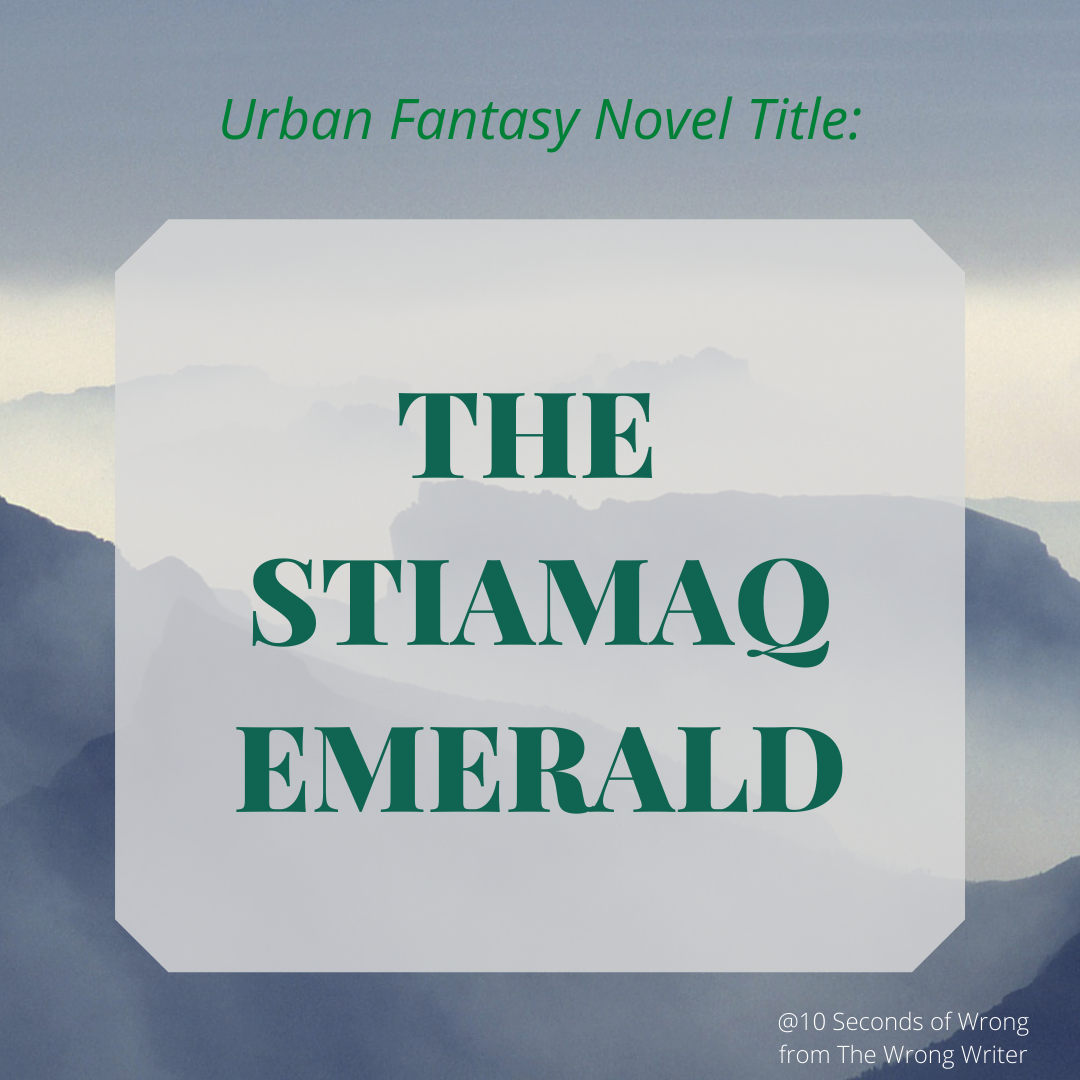 Writing of the newest novel proceeds apace. I’m still in the first third of the book, but it’s making good headway. I want to reach 30,000 words – a little less than half the book – by June 1. That way I’m on track to finish, edit, get a cover, and publish by end of year.

(Yes, I know that’s a while to wait. Like many of you, I have this pesky thing called a ‘job’ bothering me every day.)

We’re far enough along that I can share some nice juicy details though!

When you, Readers of Wrongness, picked “Dark Urban Fantasy” as my next book option, I was going by a simple genre definition: Fantasy-style story, with magic, using an urban setting.
Think cold city blocks illuminated by magic streetlamps. Shadows everywhere. A lot of eye makeup. Characters stopping in every corner to brood as melodramatically as possible.

Okay, maybe not that morose. I should make the story fun to follow at least.

That said, here’s where I want to make a point. Almost all fantasy novels exist within a series. While I’m not against making a series out of the world in this novel, I want it to stand on its own. It will be a complete story.

After you’ve read it, you’ll have to tell me if you want sequels.

As I recently moved to Washington State and have been exploring bit by bit, I decided to set the story here. Its geography lends well – plenty of mountains, lakes, fun little towns, and rivers you can actually see to the bottom. (To a former San Francisco Bay Area dweller, the last one’s a little strange.)

What conflict would do such a story justice? Why, the epic Good vs. Evil of course!

So look forward to some big nasty world-ending, everybody-dies, hobbits-against-Big-Meanie Good vs. Evil.

So far I have 7 major characters defined, not including the villain.

What’s this? The last two characters don’t have names yet? Well, I’ll have to take some suggestions on those…

Okay, let’s talk a bit about the Big Bad. The villain can make or break a story. So I spent some real time here.

I went into ancient folklore to find a seed (the beginning of a powerful idea). After only a few hours, I found an old legend among a Canadian First Nations tribe. The legend spoke of a goddess, who acted horribly to just about everyone & everything. Her power, immense. Her anger, incredible. Perfect.

For more than that, well, you’ll have to read the book!

Here it is. The big reveal. Curtain rises, and…!

Appetites Whetted? Good!
Got a name for one of those two characters I mentioned? Reply to this newsletter with your suggestions. Or head over to Instagram, where you’ll find a post with the new title, and comment your suggestions there.

Now, to the scribbling for me!